These images are available thanks to the libraries and museums who house the original manuscripts. The original slips of paper are quite small, typically two or three inches wide, and the actual size of the writing is much smaller than pictured here.

Simple copies of public domain artworks (i.e. copyright has expired on the original) cannot themselves be copyrighted, says recent copyright law; but the physical artefact is owned, and the owners might not allow you to use cameras, and might not release images of their own to the public. I am sharing a few samples for the benefit of Brontë enthusiasts, with deepest gratitude to the institutions possessing the original manuscripts.
R.009 (“Alone I sat the summer day”) 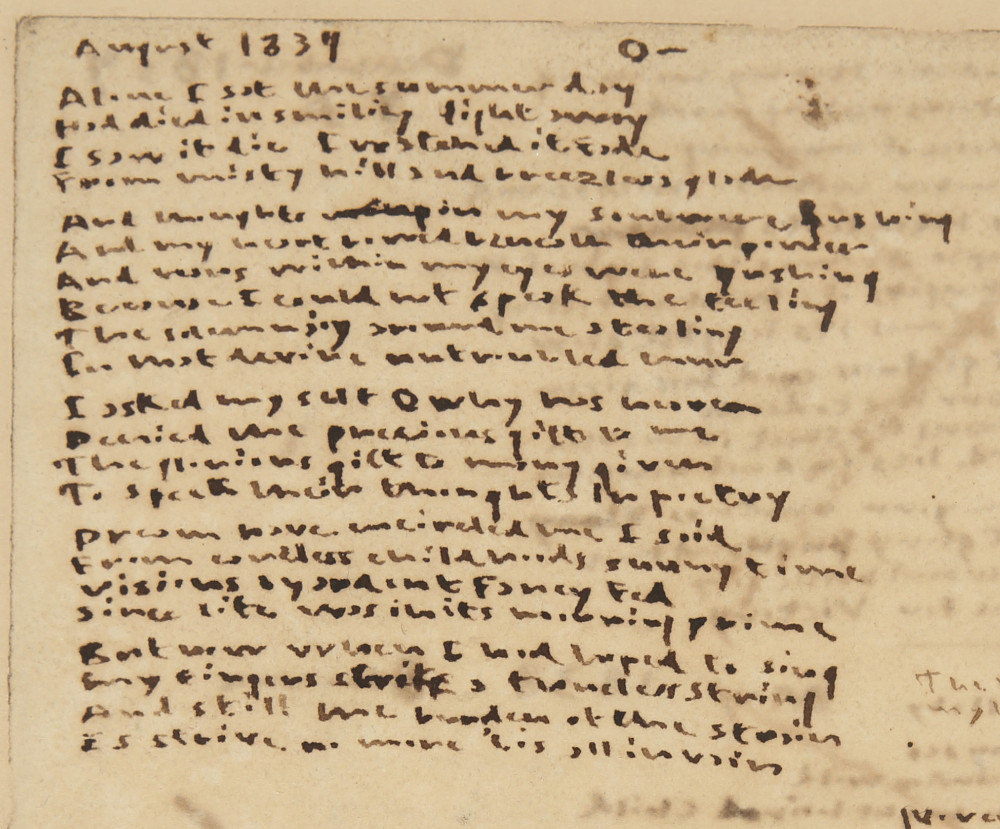 Images below are small samples from the various cures,
at the highest available resolutions.

The Brontë Parsonage Museum, besides always having several of Emily's manuscripts on exhibit, also make high quality digital images available for personal study at £5 (about $8 US) each. These images are of size approaching to those at Princeton, but unfortunately the photos are not in crisp focus so the effective resolution is considerably less. This collection includes some of her best-known poems, and a wealth of ‘lesser’ poems and fragments. The BPM also holds photos of the missing Honresfeld manuscript. Here is an example of the actual resolution of the Bonnell 127 collection images.

The Princeton University Library generously gives the general public free online access to what are also the highest quality digital images of Emily Brontë manuscripts I have yet seen. These are mostly ‘lesser poems’ but they are valuable for showing her penstrokes at a remarkable resolution. Here is an example from these images at actual resolution—a word from the poem beginning “Red breast early in the morning” which probably no one has deciphered correctly.

The Pierpont Morgan Library generously gives the general public free online access to the small number of Emily Brontë manuscripts in their possession. I've linked to one of them; there may be others, but at the moment I'm fed up with trying to find them... The quality is very good; although the images are slightly smaller than the BPMs, they are in crisp focus which compensates for it.

University of Texas at Austin

The University of Texas generously gives the general public free online access to the two slips of Emily Brontë manuscripts in their possession. The resolution of their images is decent, almost on a par with the BPM, though a far cry from Princeton.

The British Library holds the Gondal Poems manuscript, which contains a large number of Brontë's later poems, as well as the so-called `C' Manuscript which contains many more. Scholars can benefit from the recent availability of millions of images by the British Library. Some of these manuscripts were formerly in the Ashley Library, which was notorious for having damaged the manuscripts when binding them, punching out holes right through Emily's writing, and covering even more writing with the binding materials! The zoomed images are crisp, but those of the Gondal Poems are a bit smaller than the images from the other sources above. 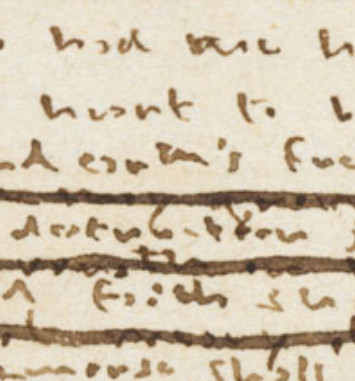 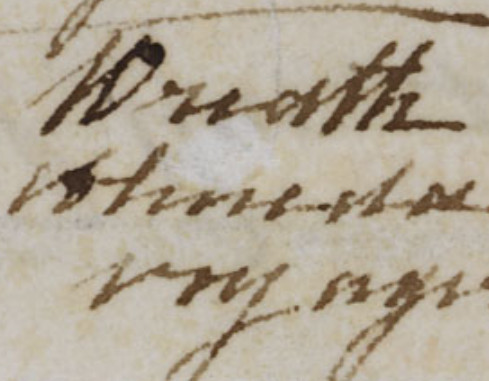 The New York Public Library Berg Collection holds a large number of interesting poetical manuscripts of Emily Brontë. You must have an academic reference to look at any of them, and even then I believe it is microfiche... This is unjust since the man who bequeathed them to the NYPL, Willian T. H. Howe, is celebrated for his generosity in sharing high quality photostats of all his manuscripts with C.W. Hatfield, an amateur whose seminal work is known to all who study Emily Brontë.